Play COD Mobile from your PC 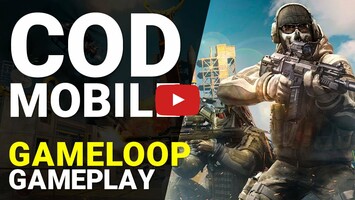 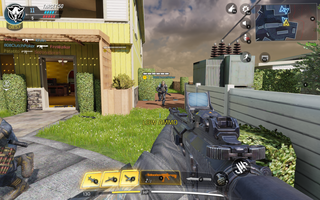 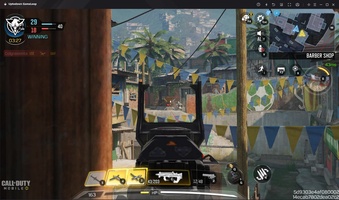 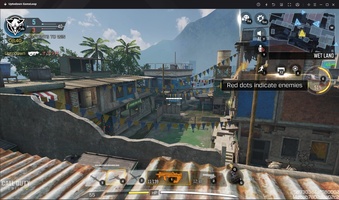 Advertisement
This GameLoop tool from Tencent Studio allows you to run Android video games on your PC. Plus, the installer downloads its own emulator along with the official Call of Duty Mobile video game which in turn allows you to play it on Windows by adapting the original control system to your regular keyboard and mouse interface. Not to mention, you won't be needing any special knowledge, as this unique tool automatically installs everything you need to play.

Call of Duty: Mobile (formerly known as Legends of War) is a new installment of the 'Call of Duty' saga created exclusively for mobile devices. It is set in modern war conflicts, and in fact, you'll play along with characters and scenarios from the Black Ops and Modern Warfare spin-offs. The main incentive lies in the fact that, although it is a free game, its game system has no chips on its shoulder in regards to its predecessors.

Although the original version of the game is designed to be played with touch screens, the emulator is capable of mapping these controls, permitting use of both your keyboard and mouse as a gamepad control connected to your PC. As for control systems, it follows suit to the standards of practically any other first person shooter, with the added power to decide if your shots take place automatically while aiming at enemies.

In Call of Duty: Mobile you'll find several game modes: 'zombies', 'multiplayer' and even a hearty 'battle royale' mode. Each of them are old acquaintances of the franchise, which provide both face-to-face play against other players through the internet, or you can otherwise just as easily opt to collaborate with them side by side as you take on and defeat enemies controlled by AI. Plus, from multiplayer mode, you gain several different modes and almost just as many maps at your disposal, including old ones like Hijacked, Nuketown and Killhouse.

Call of Duty: Mobile is a fantastic game and one of the most anticipated releases of 2019, offering an experience that's not far off from what's found in other installments of the saga. The game also has outstanding graphics, and a huge chunk of content to unlock -- not to mention all the charm and charisma of the original keystone FPS game.
Reviewed by Raúl Rosso
Advertisement

Very good game I love this game this has been undoubtedly the best adventure game this page is very good to download games if you do not find a game here you can also visit https // ridergamepc.blogsp...

Oct 21st, 2019 Call of Duty Mobile gets dressed up for Halloween with the latest update Tekken Tag Tournament
The PlayStation 2 classic, now on your PC thanks to MAME
GTA IV: San Andreas
San Andreas is back to life in GTA IV
PUBG Lite
The version version of PUBG for PC
Knives Out
Online action for up to 100 players
Valorant
Spectacular tactical team shooter
Call of Duty 2
Play 2nd World War as if you really were there
Total Overdose
Tequila-fuelled rampage
Creative Destruction
A free Fortnite-style battle royale that won't disappoint you